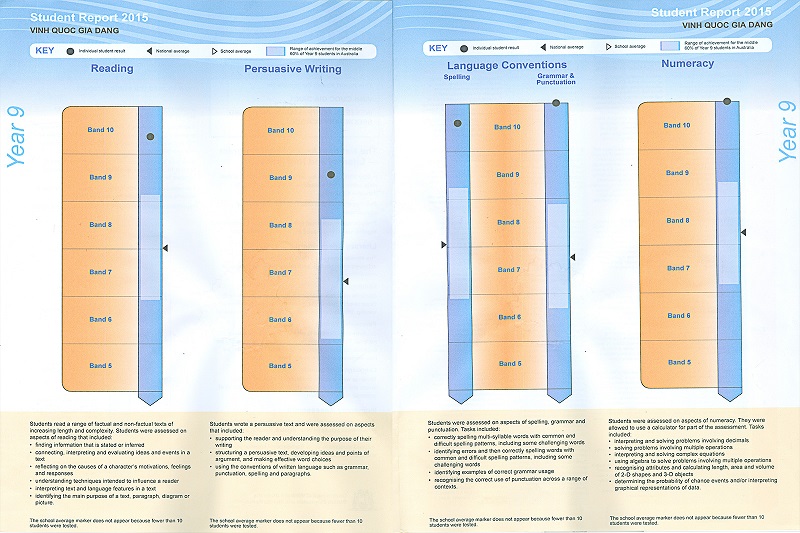 100% of students of The Western Australian Primary and High school who attended NAPLAN test meet the national minimum standard of Australian Ministry of Education.

As an oversea school offering the international education program of Western Australia’s School Curriculum and Standards Authority, The Western Australian Primary and High School is the only one which conducts the NAPLAN test in Vietnam to evaluate students’ ability. The NAPLAN test is conducted on every May for all students at grade 3, 5, 7, 9.

In Vietnam, the students at WAPS participated the NAPLAN test on 21st and 22nd May and 100% of the students met Band 6 – the national minimum standard of Australian Ministry of Education. The result proved that the students at WAPS have the same necessary knowledge foundation to follow Language and Numeracy as the students in Australia. Among the students, Dang Quoc Gia Vinh, a 10th grader, gained the most outstanding test result. He mostly achieved absolute score in some subjects such as Reading: band 10, Writing: band 9, Language Conventions (spelling: band 10, grammar and punctuation: band 10) and Numeracy: band 10. His result is even better than the other native students’.

The Western Australian Primary and High School hopes that the students would put more efforts into their study to gain better achievements in the following years.