After a long wait, the “Logo House System Contest” at WASS has identified 4 official house logos of the WASS House System in the 2021-2022 school year.

Through many evaluation rounds, from the criteria of the jury such as creativity, originality, aesthetics, and meaning of the logo to the vote of the audience – the WASSers themselves, 4 logo designs represent 4 The house was revealed.

“I am so proud to have become a member of the Athena House. For me personally, Athena is a symbol with many meanings. Athena was a warrior goddess who fought alongside many of the most famous heroes in Greek mythology. She epitomizes tactical strategy and war in the name of justice. Her usual military items include a lance, a shield, and a helmet (but to keep the logo minimal, the helmet should be omitted for now). Her military prowess also made her a goddess worshiped in Sparta. Combined with the image of a lion with a crown on his head. The strength and regal temperament make this lion logo template more impressive than ever. This is a harmonious combination between the goddess Athena’s military items (shield and spear) and the image of the lion king on the shield to create a logo full of elements: strength, wisdom, and justice. In addition, the Lion is a mascot of WASS. Putting the image of the Lion and the words Athena together also means that WASS will support and encourage to the creation of “lion cubs” who are both brave, intellectual, and always fighting for justice. Main color: Blue and gold Dark blue creates feelings of trust, authority, intelligence, dignity. Gold when used for Lion King symbolizes sustainability, loyalty, trust, and understanding. Gold is the color of light, the sun brings vitality and optimism.” 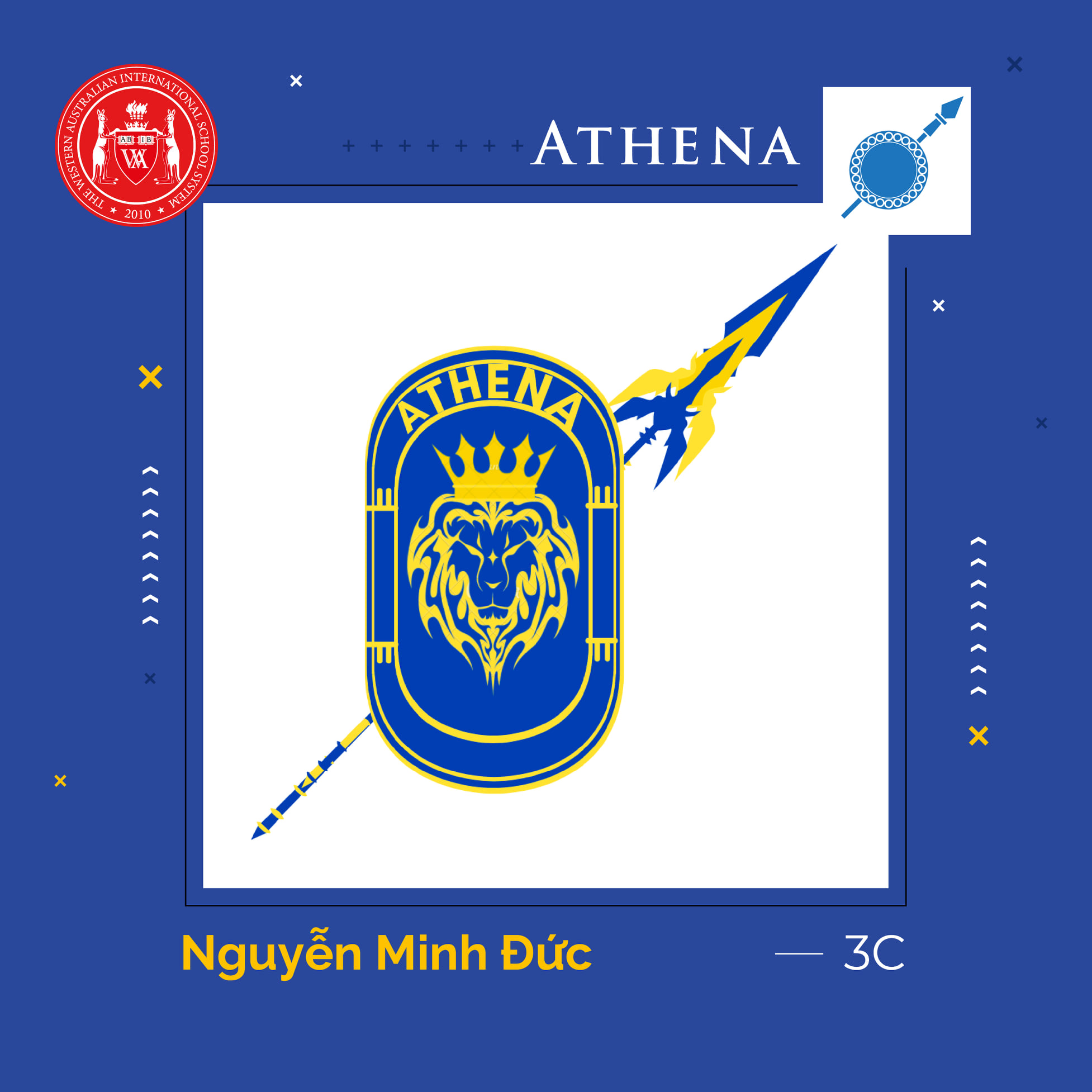 “In the heart of the logo is a lion which represents ”power”. That’s why it is usually called “king of the jungle”. Moreover, the lion is an essential part to identify Wass. We also included sword and balance scales to represent “justice”. A double-edged blade signifies that justice can rule against either of the parties once the evidence has been perused, and it is bound to enforce the ruling as well as protect or defend the innocent party. About balance scales, these represent impartiality and the obligation of the law to weigh both sides of a case. Finally, red is chosen because it’s our uniform color. While yellow is the color of youth, each student needs to carry out power and justice vision.” 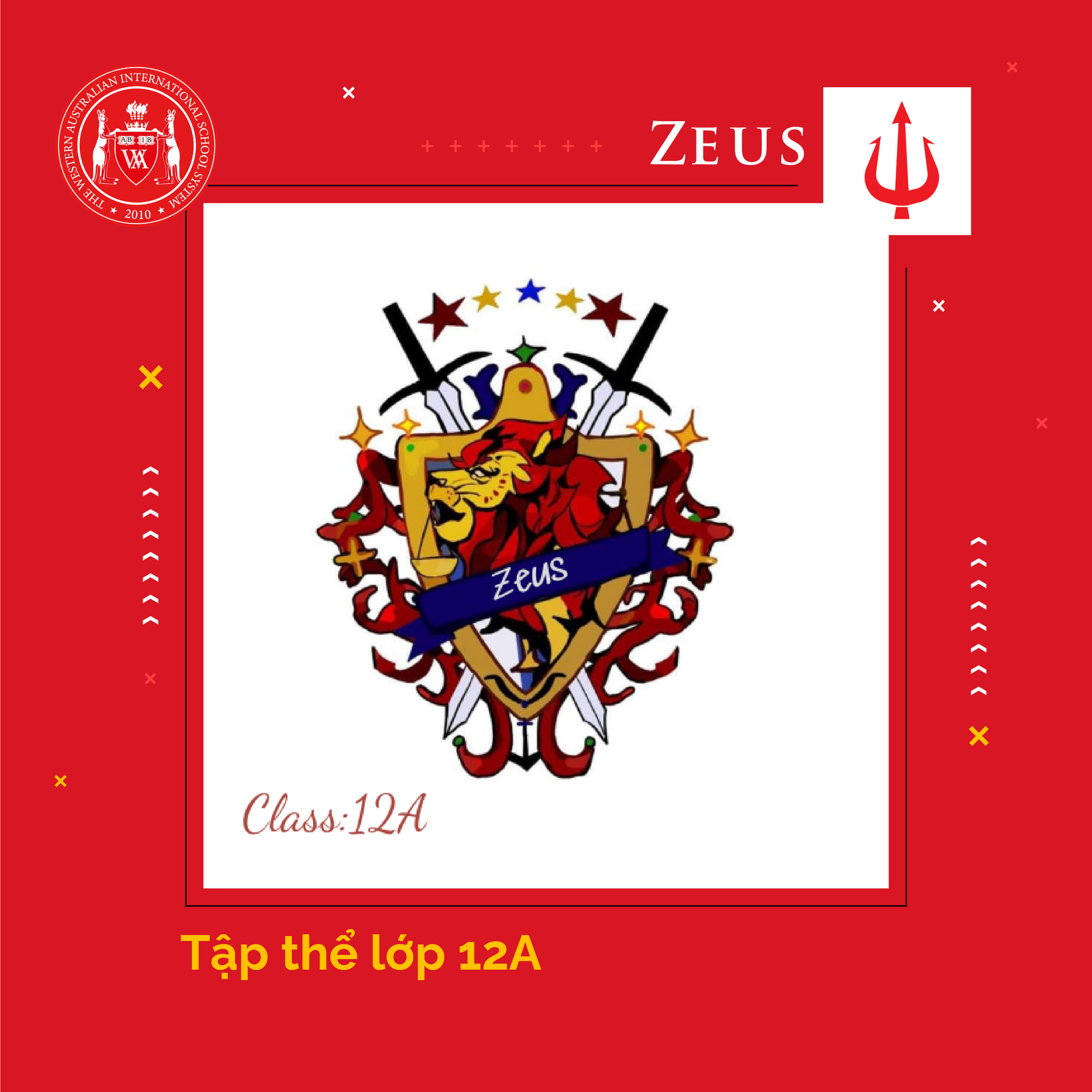 “The Asclepius house’s logo is designed with the lion being the main character and the light green background color. The flowers emphasize kindness and humane. And lions are known as the king of the jungle so it represents the strength and power of kindness. We made this logo is to spread positivity and good-heartedness in every soul.” 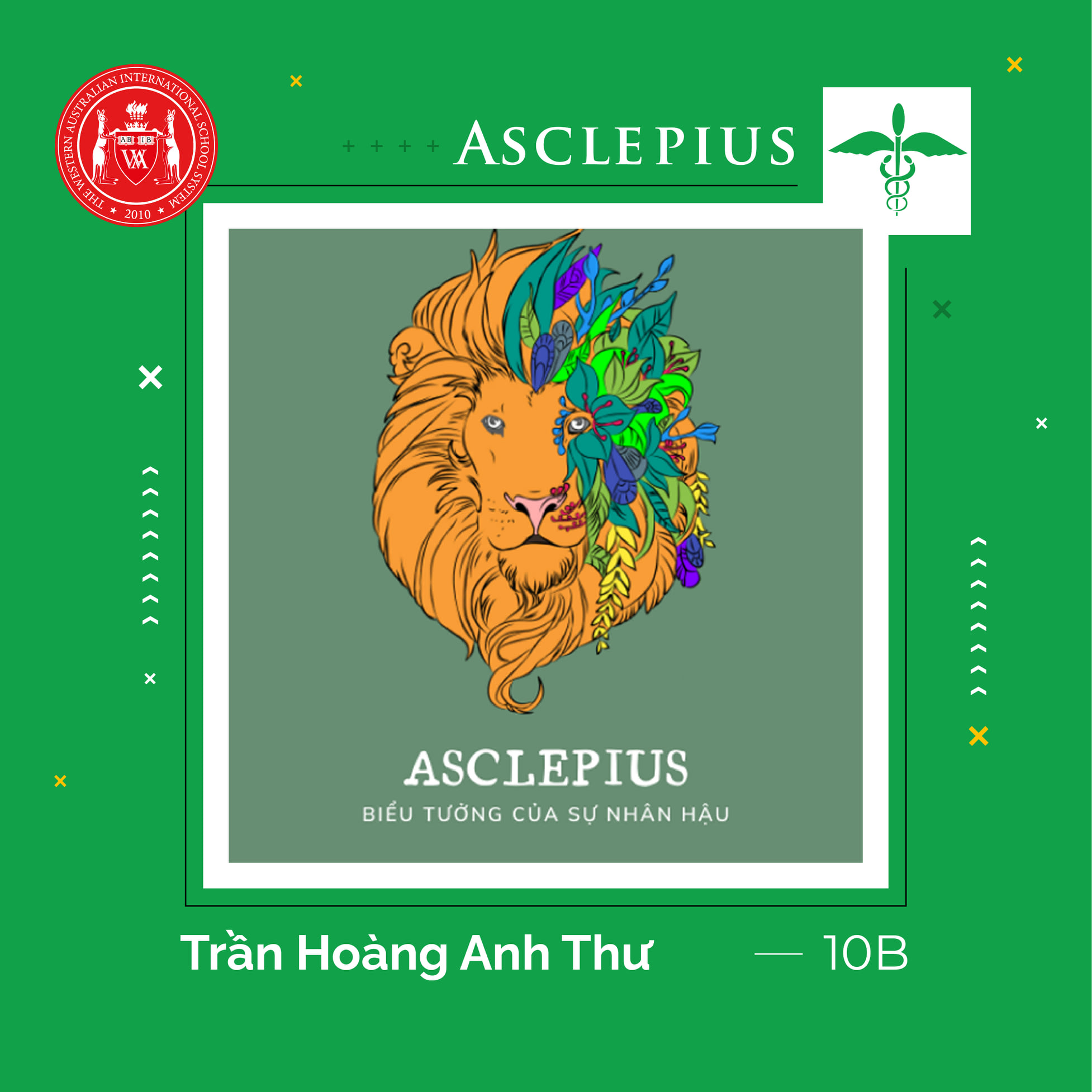 “First, I chose gold-yellow and brown as the logo’s theme. Because this is the color of victory, mischievous, brave, and strength. Those colors absolutely link with my house, which is “Apollo”. It seemed like an indispensable spiritual part of the members of Apollo. We will come to the small details. I chose the bow and laurel wreath as a symbol of the logo to elucidate more clearly. Through the image of the arrow, I want to show that it has integrity, courage, and dare to take on challenges. For the laurel wreath, this is purely the wisdom of the champion, but I personally think it also shows the perseverance to work towards glory and become a champion. All of them summed up as the epitome of pure beauty. The lion is there because it is the mascot for WASS.” 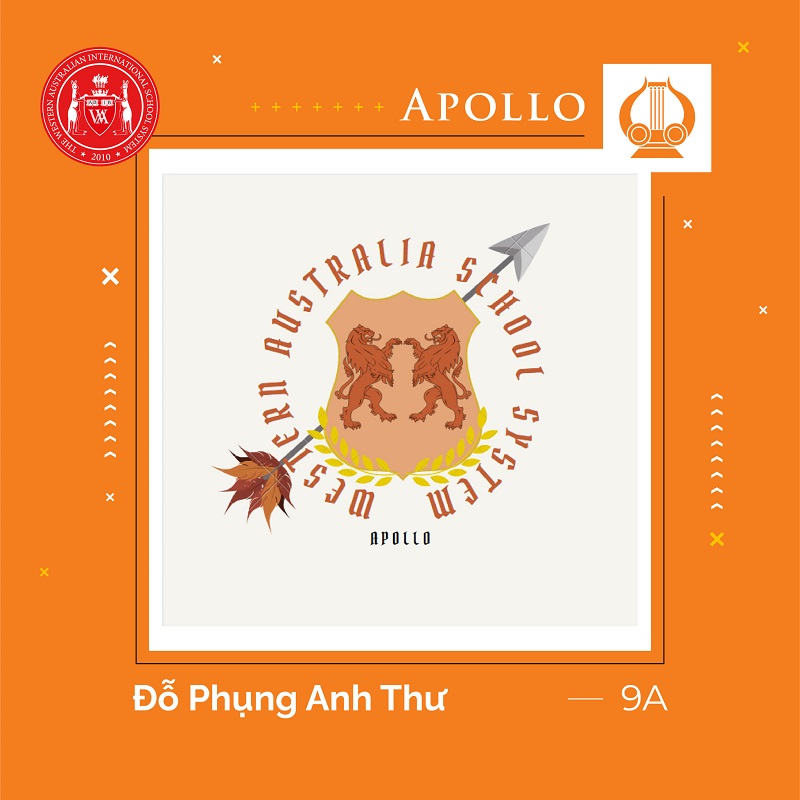 The logos designed by students are stories and show the “identity” of each House. At the same time, this is also an opportunity for WASSers to show their creativity, aesthetic thinking and share their interesting ideas.

With their efforts, they also bring Points to their “House”. Along with meaningful gifts, these are also worthy rewards to encourage WASSers to participate in activities that unite the WASS community.

About WASS
Thank you for considering The Western Australian School System (WASS) for your child’s education.